When fear is holding you back, it’s time to slay the demons.

About six months ago, the editor of the Chadds Ford JunXion magazine called me about an article she wanted to write. I was already a fan of the magazine, so my mind raced about why she was contacting me. I recalled reading a piece she had written about someone’s adorable dog, so I blurted out, “Do you want to write an article about my new puppy? She is pretty darn cute.” The editor replied, “No, I’d like to do an article on you and your coaching business.”

I was shocked. I thought, “What? Me? My coaching business? Would anyone actually want to read about that?”

She went on. “I think a lot of people are curious about life coaching, but they don’t know what it entails. Would you be interested in answering some interview questions to help readers understand what coaching is and how it can benefit people?”

As the shock wore off, I became excited. I knew this was an amazing opportunity to let more people in my community know about the work I do and how coaching can transform lives. I responded with “Yes! Thank you so much for asking me!” After I got off the call, I was totally pumped up, for about two minutes…..

That’s when the self-doubt demons started up. My inner critic chimed in with, “You’ve never been interviewed like this before – what on earth are you going to say that will interest people?”  Next came “Nobody is going to take you seriously. You don’t even have a website!” Then my demons concluded, “Instead of photos of you, people would rather see pictures of your cute puppy.” Yikes. I wasn’t feeling so excited anymore.

After a few days of self-coaching, I resolved to put these demons aside and move forward with the magazine article. Even though this was new, uncomfortable, and a little scary, I knew this was a fortunate opportunity I didn’t want to pass up. I spent some time reflecting on each of my fears and made a plan to tackle each one. I committed myself to writing and re-writing my answers to the interview questions so they were clear and concise. I stopped worrying about what readers would think, and I decided to tell my story from my perspective. I realized that this upcoming article could be just the push I needed to create a website that truly represented me and my work. The article was slotted to be published in September, and that external deadline miraculously kept me laser-focused throughout the summer on completing my website. Despite being a bit camera-shy, I even arranged to have photos taken of me “in action” doing my coaching work (and no, I didn’t invite my puppy to the photo shoot).

Looking back on the last six months, I’ve realized that this chance to be featured in an article revealed an opportunity for me to face and slay some self-doubt demons that had been holding me back in my work. This is a valuable lesson we can all learn. The next time that something feels both exciting and scary, pause to look for your self-doubt demons. Consider talking with your coach about how to identify them, examine them, and question them. Then you will have more power to choose to push the demons aside and move confidently in the direction of your dreams.

Cultivate your seeds of well-being today and start growing into the person you want to become. 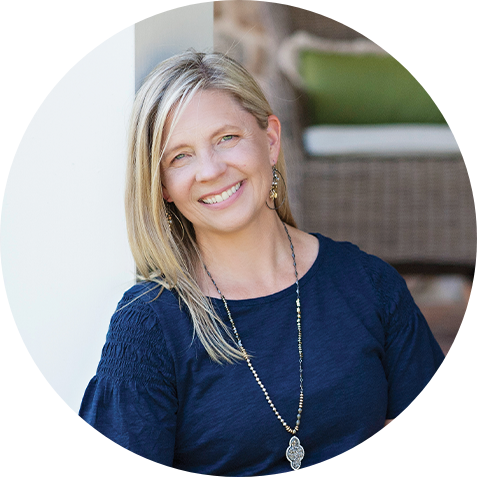 I am a certified life coach who specializes in personal growth. My unique background in positive psychology, public health and clinical medicine supports me in helping my clients thrive and flourish through life’s changes.